Final Fantasy XIV, the long-running MMORPG created by Square Enix and published on Valve’s Steam platform, broke its record for concurrent users this week. The game offers free sub time to those who queue during peak hours as compensation, an incentive that has been slammed by players. 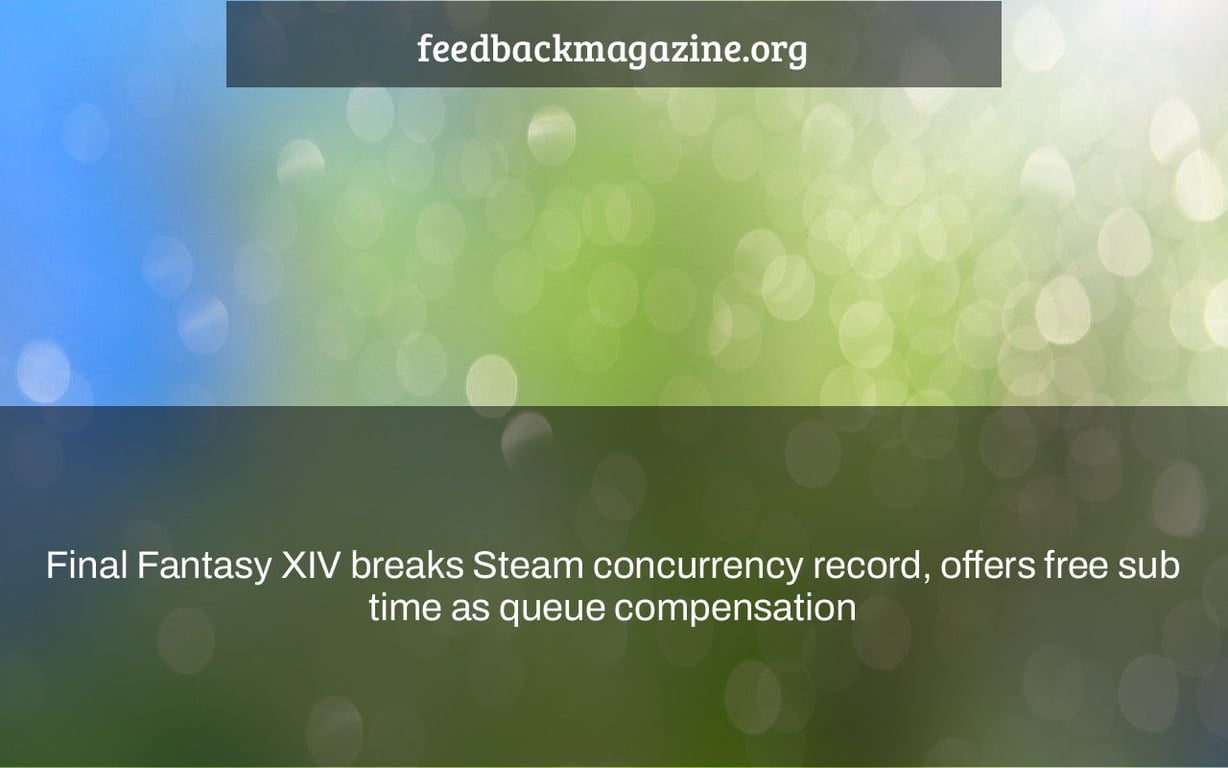 If it wasn’t clear before, Final Fantasy XIV is seeing a lot of interest in the new Endwalker expansion, which was released to early access for those who pre-ordered on Friday. How many persons are there? According to SteamDB and Steam Charts, the MMORPG has reached a new concurrent user high on that platform, with over 94,000 players as of yesterday. For comparison, the game’s last high-water peak on Steam came in July 2021, when it surpassed 64,000 players after World of Warcraft’s ill-received June release. (While it’s widely assumed that the majority of XIV’s players don’t utilize Steam, it’s still a valuable measure.)

Naturally, the enormous influx of players wanting to connect at the same time has generated a slew of issues for those trying to play Endwalker or the MMORPG in general, since massive login waits have been the norm since early access began. As a consequence, producer and director Naoki Yoshida revealed that when the expansion officially opens on December 7th, all gamers would get seven free days of subscription time as compensation. Furthermore, depending on how long server congestion remains, the free subscription period may be extended.

“The amount of simultaneous logins on the FFXIV service as a whole has hit the hardware limit, and as a consequence, logging in has taken an abnormally lengthy time, particularly during ‘peak hours,’ when we witness increased player activity.” I sincerely apologize for this.”

Meanwhile, Yoshida’s article includes explanations for why various login failures occur, as well as calendars of peak hours for each location to assist users in planning their game time. Other issues that have arisen include miscalculated XP earnings that reward less XP than advertised, Paladin class gear being undyeable when it should be, and NPCs floating in the air or walking on water when they are following player characters; this issue requires a patch that is currently being developed.

What does discord certified headset mean?